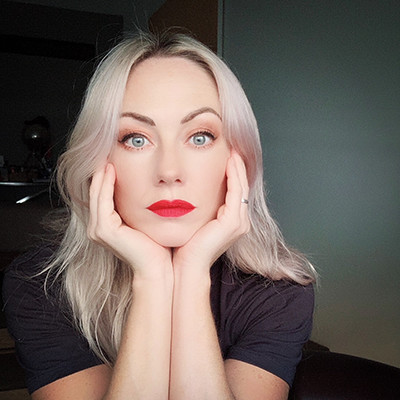 Katharine is an aerialist, choreographer and circus consultant who has worked internationally across live events, cabaret, theatre, film and tv. She worked on Disney’s Dumbo with Tim Burton, as Eva Green’s stunt double and as aerial trainer and consultant, and toured with Cirque Du Soleil as a solo act in their Xmas production “Twas the Night Before…”. She is a frequent speciality act at Le Lido in Paris, toured regularly with Take That for over a decade on their stadium and arena shows, and is a longstanding artist with Olivier award winning show La Soirée. She is about to perform in her second season with La Clique in London, and then with Majestique in Denmark.

Other shows include the Olympics Opening Ceremony and Paralympics Closing Ceremony (for which she also choreographed the aerial), Traces with the 7 Fingers, the Brit awards and the X Factor tv and live touring shows.

She performed at the Underbelly tent on the Southbank every summer, with both Black Cat Cabaret and Between The Sheets, and co-created and choreographed the ensemble show Bohemia, which headlined there. She was a finalist on France Has Got Talent with aerial partner Hugo Desmarais, choreographed and performed on the Royal Variety Show, and works regularly on the London cabaret scene in venues such as Circus London, Bunga Bunga and The Box, as well as for private events. She teaches on the degree course at the National Centre for Circus Arts, and consults for various agencies and production companies.

Manage Cookie Consent
To provide the best experiences, we use technologies like cookies to store and/or access device information. Consenting to these technologies will allow us to process data such as browsing behavior or unique IDs on this site. Not consenting or withdrawing consent, may adversely affect certain features and functions.
Manage options Manage services Manage vendors Read more about these purposes
View preferences
{title} {title} {title}